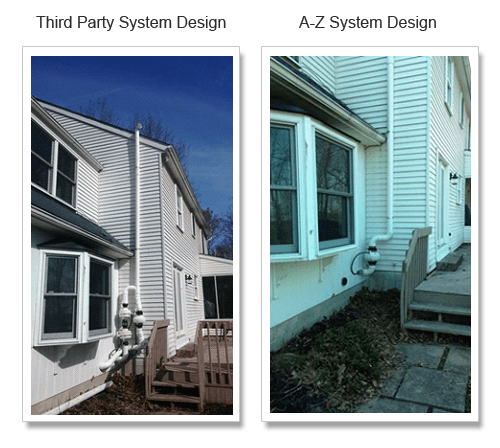 The homeowner originally called in a third party radon contractor.  After two months of attempts the third party contractor refunded the cost of mitigation and said the home could not be fixed.  The homeowner then contacted A-Z Radon Services.

Our technicians first performed a number of diagnostic tests to determine the best placement and the number of suction points that would be necessary for mitigation.  The existing radon system was removed and the A-Z custom designed system was installed using our proprietary methodology.  The home which had 3 stacked fan motors and 9 suction points was able to be brought down to 1 fan motor and 5 suction points.