You are here:
May 10, 2015Leave a commentRadon News & UpdatesBy Jessica Karns 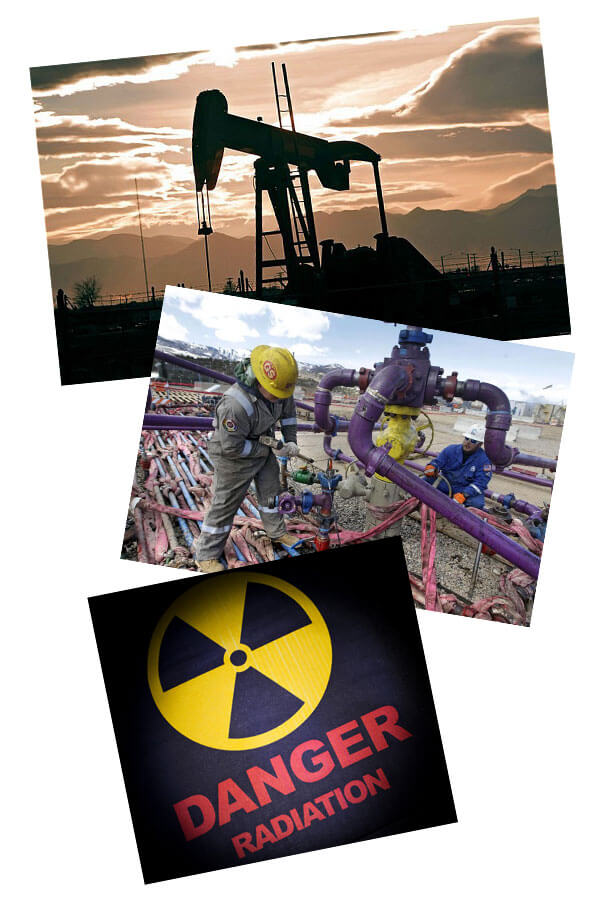 The process of fracking or hydraulic fracturing uses intense water pressure that is injected into the shale rock deposits located deep in the earth’s crust.  This technology is designed to break up the shale and release the oil and natural gas that is trapped around it.  Contained in that same part of the soil is Uranium -238. Uranium -238 emits radon gas as part of its’ decomposition process.   The radon gas which would normally stay contained deep in the earths sub soil now has an easy path to the surface.

There have been several studies designed to measure the effects of radon gas levels in homes near where fracking has been done.  The most recent of these studies was done by johns Hopkins University School of Public Health.  This study which measured over 860,000 homes in Pennsylvania showed a significant rise in radon levels after 2004, the year hydraulic fracturing took off in Pennsylvania.

The research, published April 9, 2015 in Environmental Health Perspectives Journal  also found that buildings located in the counties where natural gas is most actively being extracted out of Marcellus shale have in the past decade seen significantly higher readings of radon compared with buildings in low-activity areas. There were no such county differences prior to 2004.

These results suggest that the process of fracking can create an easier route for the once trapped radon to reach groundwater and other pathways into buildings.  The study concluded that the rate of elevated radon concentrations in Pennsylvania homes was consistent with the fracking activities of the oil and gas industry. Therefore a conclusion can be made that fracking can be linked to elevated radon concentrations in air and water samples.

What Does this Mean to You?

The same is true for your water supply especially if you have well water.   Studies suggest that the process of hydraulic fracturing can produce elevated radon levels in wells and underground water supplies.  You should have your water tested both before and after fracking has happened in your area.

It is important to note that both radon in the air and water can be mitigated by a licensed professional.  Even if you develop elevated levels in you air and water we can ensure that your family doesn’t have to love with it.  Testing is the only way to know!

Jessica joined A-Z Solutions, Inc. in 2011 as the Sales & Marketing Manager. A seasoned professional, she has acquired over 10 years of experience in the sales and marketing arena. In her current position, Jessica is responsible for overseeing the web site design, social media content and media relations. In addition, Jessica heads up the companies’ continuing education program for real estate professionals