Why is Ohio at a Greater Risk for Radon Gas? 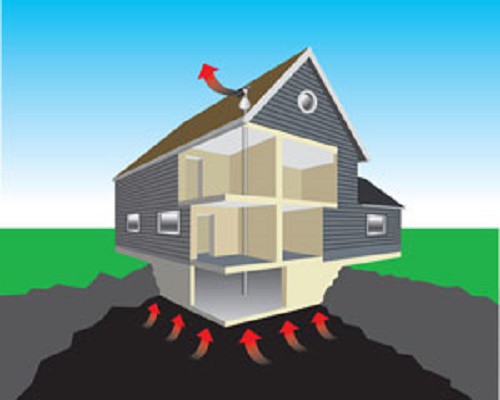 Radon is a tasteless, odorless, invisible gas that seeps into your home. How much do we actually know about radon, past the fact that it is an element on the periodic table and that it can cause cancer? according to the EPA, the American Medical Association and the Surgeon General of the United States.

Homes in Ohio have an elevated risk of having high levels of radon gas.  A house that’s especially airtight and does not breathe can have higher levels of radon because the home does not have a lot of ventilation however, there’s no way to tell whether your house has a radon problem by the way it’s built or where it’s located.

Why is Ohio at Risk?

Underlying the Ohio radon problem are two geological phenomena that put most of the state in the highest risk category for radon. One is sediment that was deposited by glaciers; the other is shale outcropping. Both are associated with high amounts of radon.

The story of radon actually begins at the last ice age. All of Ohio was covered in glaciers.  As the glaciers receded, they left a number of mineral deposits in our soil.  Most of these deposits make the Ohio soil ideal for farming but they also left behind a large number of uranium deposits in the ground.

Ohio’s geology is made up of a large amount of shale rock.  This rock tends to hold a lot of uranium within its formation.  As the uranium breaks down its can escape the rock and migrate to the surface.

A broad swath across the middle of Ohio is considered by the EPA to have the highest potential for elevated radon levels. Summit, Wayne and Stark counties are among those 53 counties.

Dangerously high radon levels have been found in nearly 31.6 percent of buildings in Summit County, 48 percent in Stark County and 49.3 percent in Wayne County, according to data on the University of Toledo’s Ohio Radon Information System Web site. In those buildings, tests found radon levels of 4.0 picocuries per liter of air or higher, the level at which the EPA recommends action.

Ohio’s other 35 counties, in the northern and southern parts of the state, are at moderate risk. Those include Portage County, where elevated radon levels were found in 22.1 percent of buildings, and Medina County, where the percentage was 28.3.

However, it’s important to note that elevated levels of radon have been found in every Ohio county. Any home in the state could have a radon problem testing is the only way to find out your radon risk.  Radon levels can vary from home to home and there is no pattern to predict what your level will be based upon your neighbors results.

Related posts
Radon Testing and Fixing the Radon Problem, Save a Life By Jessica Karns
March 8, 2017
Winter is the Best Time to Test for Radon
February 25, 2017
Ohio Health Departments: Spread the Word on Radon
February 16, 2017
How Much do You know About Radon?
November 11, 2016
A Word about Basement Waterproofing Systems
August 17, 2016
Radon Levels Rising in Pennsylvania Homes
July 20, 2016
Leave Comment