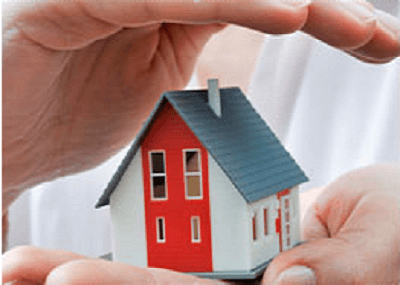 Radon levels have been rising ever since fracking has increased in Pennsylvania.  Researchers at the Johns Hopkins Bloomberg School of Public Health say there is an alarming correlation between the unusually high levels of the colorless, odorless radioactive gas indoors and hydraulic fracturing, or fracking.

Joan Casey and her colleagues at Bloomberg wanted to determine the sources of radon in Pennsylvania homes so they decided to do a study.

“We decided to do the study because historically Pennsylvania has had this big radon problem. We were doing house studies in the state for about the past decade. When the unconventional natural gas industry moved into the state, people were concerned,” Casey said in an interview with Yahoo News.

Her findings, which appeared in the Environmental Health Perspectives Journal on Thursday, show that radon levels are generally higher in areas of the state with fracking operations underway.

Fracking is the process of drilling and blasting high-pressure fluids into the ground to break shale rocks so that they release natural gas.  As part of this process, radon gas is released from the ground and travels to the surface using the path of least resistance.

Radon is emitted from certain elements in soil and rock — uranium, thorium, and radium — as they decay and there is a lot of uranium in the bedrock throughout Pennsylvania.  Casey says the eastern part of the state has bedrock with the highest levels of uranium in the country; fortunately, the Marcellus Shale — the country’s largest natural gas field — does not run through it, so it has not been subject to fracking.

Casey and her colleagues analyzed data from nearly 2 million radon readings from every county in the state, reported NBC News. These measurements focused on 866,735 buildings, mostly homes, between 1987 and 2013.

The scientists discovered that radon levels spiked around 2004 — when fracking started in the state — particularly in homes near the unconventional wells drilled for the controversial process.

Pennsylvania’s Department of Environmental Protection says about 40 percent of homes in the state have elevated radon levels.

The researchers point out that their study does not directly link radon with fracking and that other factors — such as homes being more tightly sealed — may be at play, though it does not seem as plausible.

Related posts
Radon Testing and Fixing the Radon Problem, Save a Life By Jessica Karns
March 8, 2017
Winter is the Best Time to Test for Radon
February 25, 2017
Ohio Health Departments: Spread the Word on Radon
February 16, 2017
How Much do You know About Radon?
November 11, 2016
Why is Ohio at a Greater Risk for Radon Gas?
September 9, 2016
A Word about Basement Waterproofing Systems
August 17, 2016
Leave Comment