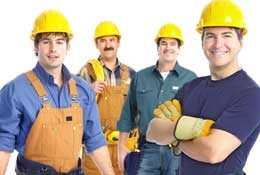 For decades, the Lung Association, Amercian Cancer Society and EPA have worked with nonprofits, industry and other government agencies to educate the public about radon, and encourage people to reduce radon risk. Despite this public awareness, elevated radon is still a serious challenge in an estimated 1 in 15 homes across the United States. And, in December 2014, testing detected record-breaking radon levels in homes in Lehigh and Center Valley, Pennsylvania, Levels measured in to the thousands in some homes in the area.  Pennsylvania is the state where radon first came to national attention more than 25 years ago.

Public education is needed, but it isn’t enough. Testing is easy and inexpensive and should be part of every homes maintenance schedule.

The first step in the game plan came in 2011 when EPA and eight partner federal agencies launched the Federal Radon Action Plan. The plan helped reduce high radon in more than 6,500 homes, schools and daycares, and reached nearly 2 million property owners with helpful incentives and guidance.

To build on this progress, in 2013, the Lung Association, the AARST organization (American Association of Radon Scientist and Technologists) and HUD (Housing and Urban Development) brought together leaders from 11 organizations, including nonprofit and industry groups and federal agencies. These organizations released a national radon strategy this spring to set the U.S. on a path to solving the radon problem once and for all.

This federal mandate made testing and mitigation of multifamily homes financed through HUD mandatory in all 50 states. Making radon testing a standard practice will save thousands of lives every year, prevent unnecessary and burdensome health care costs.

Related posts
Radon Testing and Fixing the Radon Problem, Save a Life By Jessica Karns
March 8, 2017
Winter is the Best Time to Test for Radon
February 25, 2017
Ohio Health Departments: Spread the Word on Radon
February 16, 2017
How Much do You know About Radon?
November 11, 2016
Why is Ohio at a Greater Risk for Radon Gas?
September 9, 2016
A Word about Basement Waterproofing Systems
August 17, 2016